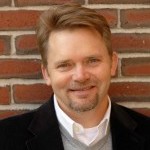 Professor Kent Greenfield is Professor of Law and Law Fund Research Scholar at Boston College Law School, where he teaches and writes in the areas of:

He is the author of The Myth of Choice: Personal Responsibility in a World of Limits (Yale, 2011), The Failure of Corporate Law: Fundamental Flaws and Progressive Possibilities (Chicago, 2006), and scholarly articles in the Yale Law Journal, the Virginia Law Review, and the George Washington Law Review, among others.

Before joining the faculty in 1995, he served as a law clerk to Justice David H. Souter of the United States Supreme Court and to Judge Levin H. Campbell of the U.S. Court of Appeals for the First Circuit, and practiced at Covington & Burling. He is a graduate of the University of Chicago Law School and of Brown University.

Professor Greenfield writes regularly for the Huffington Post and The American Prospect, and his opinion essays have appeared in the New York Times, the Washington Post, the Boston Globe, and the Nation. He is a past chair of the Business Associations Section of the American Association of Law Schools. He has lectured at nearly 100 institutions in 34 states and nine countries.