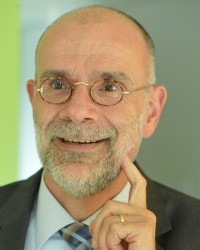 A Professor for civil law, law of civil procedure and corporate law at the University of Münster in Germany. He is also Co-Director of the Institute for International Business Law and the Centre for European Private Law and adviser of the postgraduate program on Mergers & Acquisitions.

Saenger studied law and history in Marburg. Following graduation (1986) and various years as an academic assistant at the Institute for Comparative Law (1987–90) he took a Dr. iur. degree from the University of Marburg (1990). After practical training (1990–93) and bar exam (1993) he worked as an academic assistant at the University of Jena (1993–96). He took a Dr. iur. habil. degree from the University of Jena (1996) before he took his current position in 1997. He served as Judge at the State Appeal Court for Civil Matters for several years.

He was Visiting Scholar at: