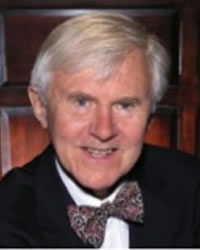 Professor John Farrar is currently Emeritus Professor of Law at Bond University, Queensland and Professor of Corporate Governance and Director of the New Zealand Governance Centre at the University of Auckland Business School.

He is the author and co-author of several scholarly works published, inter alia, in Australia, New Zealand, the UK and the US. His UK Company Law went into four editions and his Corporate Governance: Theories, Principles and Practice is now in its third edition. He is an editor and contributor to Regulatory Failure and the Global Financial Crisis (2012) and Globalisation, the Global Financial Crisis and the State (2013).

He has also been active in law reform in the United Kingdom, New Zealand and Australia, and was a member of the Legislation Advisory Committee of New Zealand (2004-2008). He worked on the codification of contract with the Law Commission, advised the UK DTI on directors’ duties and was consultant to the Business Council of Australia, Australian Institute of Company Directors and the New Zealand Treasury and Law Commission.