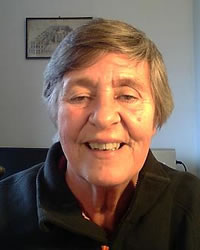 Professor Janet Dine is Professor of International Economic Development Law at Queen Mary, University of London and was Director of the Centre of Commercial Legal Studies (CCLS) from 2005 to 2008.

Professor Dine qualified as a barrister in 1973 and practiced at the English Bar. In 1978 she became a lecturer at King’s College London until moving to Essex in 1992. From 1987 to 1989 she was a Senior Research Fellow at the Institute of Advanced Legal Studies and remains a Senior Fellow of the Institute. From 1992 to 1993 she was appointed by the UK Treasury as a Commissioner for Friendly Societies. In 1999 and 2000 she assisted in a Technical Aid to the Commonwealth of Independent States (TACIS) project, helping to draft Russian Law on company reorgnisations and liquidations.

She specialises in Company Law, Corporate Governance and Globalisation. In 2006-2009 she was involved in an Arts & Humanities Research Council (AHRC) Grant titled “The Fairtrade Movement: Structure, legal support and social implications”. The book of the project is published as The Processes and Practices of Fairtrade, Trust, Ethics and Governance ((eds) Brigitte Glanville and Janet Dine), Routledge (2012). Her other books include Companies, International Trade and Human Rights, Cambridge University Press (2005); and The Governance of Corporate Groups, Cambridge University Press (2000).

She is the author and co-author of numerous academic articles and is in the process of finishing a book titled The Nature of Corporate Governance: The significance of national cultural identity (Edward Elgar) with Marios Koutsias.