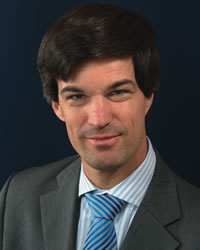 Studied Jurisprudence at the Universities of Heidelberg and Cambridge as well as Economics at Open University in Hagen.